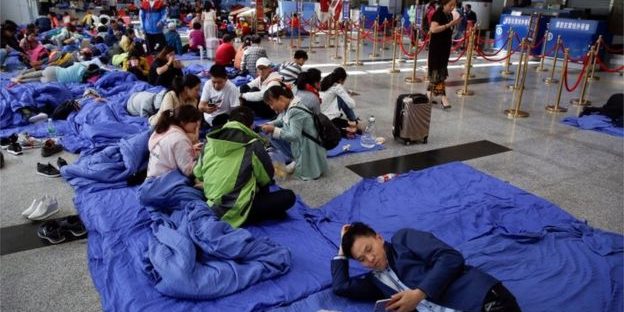 A 7.0-magnitude China earthquake has killed at least 19 people and injured 247 in China’s south-western province of Sichuan.

Six tourists are thought to be among the dead, with up to 45,000 people evacuated from the area.

More than 87,000 people were killed in an earthquake in Sichuan province in 2008.

China’s Earthquake Administration (CEA) said more than 1,000 aftershocks had been detected, with the most powerful reaching 4.8 magnitude on Wednesday.

Many tourists visiting the area remained outside overnight while waiting for evacuation on Wednesday.

A restaurant owner in the town said this quake felt stronger than the 7.9 tremor in 2008, though there is no suggestion that the death toll could reach anywhere near the levels caused by that disaster.

Tang Sesheng told the AFP news agency that many people were taking refuge in the main square.

“People didn’t dare grab anything like money or clothes – we just all ran outside right away,” she said.

President Xi Jinping called for “all-out efforts to rapidly organise relief work and rescue the injured people”, state news agency Xinhua reports, and fire officers and soldiers have been deployed from nearby areas.

Gwendolyn Pang of the Red Cross Society of China said it would take time to learn the extent of the damage and number of casualties.

“Communications lines and electricity are disrupted and people are no doubt shocked and scared,” she said.

China’s National Commission for Disaster Reduction, quoted by AFP, said as many as 100 people might have been killed and 130,000 homes damaged.

Emergency response operations have been activated by transport agencies and local airports to aid evacuations and allow rescue vehicles into the area.