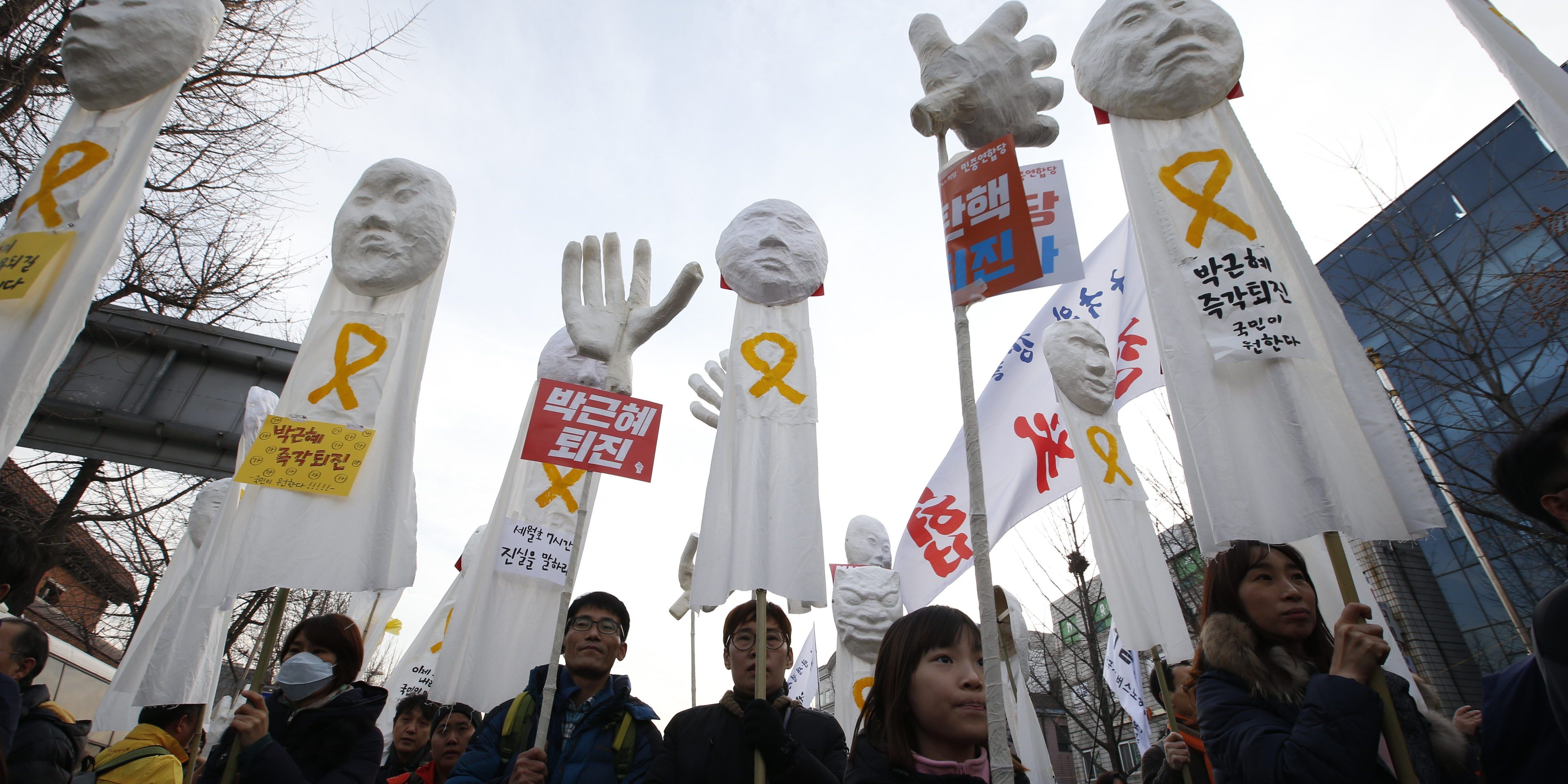 South Korea’s parliament voted today by a large margin (Dec. 9) to impeach president Park Geun-hye, weeks after news of her connection to a shaman-like confidante who wielded immense influence came to light.

The vote comes after six straight weekends of large-scale protests in Seoul and other Korean cities against a corruption and influence-peddling scandal that has engulfed Park. The list of allegations against her,

and the cast of characters implicated in the scandal—including Korea’s biggest companies, athletes, and celebrities—is mind-bogglingly cast. complex. and sometimes borders on the absurd.

At its heart, the scandal is about a woman named choi Soon-sil and her very close relationship with Park. But Koreans also had a lengthy laundry list of grievances against Park’s administration,

such as high youth unemplyment, an underperforming economy, and souring relations with North Korea. None, though, were as emotionally fraught as Sewol ferry sinking two years ago, which became one of

the central issues in the political scandal.

Two years ago, over 300 people, mostly teenage students, lost their lives in a tragic ferry accident in South Korea. Some of the families of the victims were present during the impeachment session on Friday,

and celebrated the outcome: 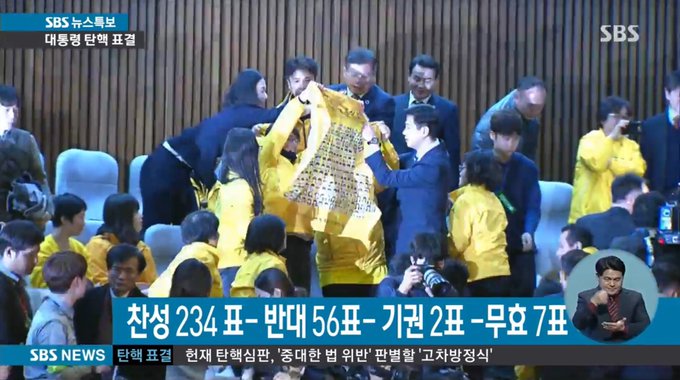 No one knows what Park was doing during as the ferry was sinking on the morning of April 16, 2014, or the seven hours afterward. After calling the Coast Guard at 10:30am she did not appear in public to address the issue until 5:15pm, and Koreans remain extremely angry at her handling of the disaster.

With the emergence of Choi as a highly influential figure in the administration, outlandish theories have emerged about what exactly Park was doing during that time. A “cult ritual” with Choi, a shamanistic ritual, an affair with Choi’s husband, or plastic surgery were among the theories. In 2014, a Japanese journalist reported that Park was with Choi’s ex-husband, who was an aide to Park, while the Sewol was sinking. The journalist was later acquitted of defamation charges.

Just days before the impeachment vote, liberal-leaning newspaper the Hankoyreh reported a less sensationalist, but still disturbing, theory—Park was with her hairdresser at the presidential office, the Blue House, for one and a half hours after the Sewol’s sinking. The Blue House contacted a Toni and Guy hairdresser from Gangnam to style her hair, it claimed. The Blue House later said that two hairdressers did visit Park, but only for a brief time:

Park’s inexplicable absence in the hours after the tragedy was listed in the motion to impeach her, and it is hard to overestimate the trauma that Sewol has left in Korean society.

The accident features deep in the political consciousness of young Koreans, who still wear yellow ribbons,  a symbol of solidarity with the Sewol victims that has become a broader symbol of rebellion

against the government. Families of the Sewol victims continue to fight for answers from the government. One mother of a missing passenger said at a recent rally that Park needs to explain

where she was during the “seven missing hours.”

After the parliamentary vote, the impeachment motion goes to Korea’s constitutional court for deliberation within 180 days, where it is either upheld or rejected. Park’s duties will be handed over to the prime

minister in the interim. If the decision is upheld, Park will be removed from office, and an election held within 60 days. In the meantime, Koreans are celebrating the (near) ousting of a sitting president in Korea’s

democratic history for the first time.