Mexico earthquake: How one girl came to represent hope – and distrust 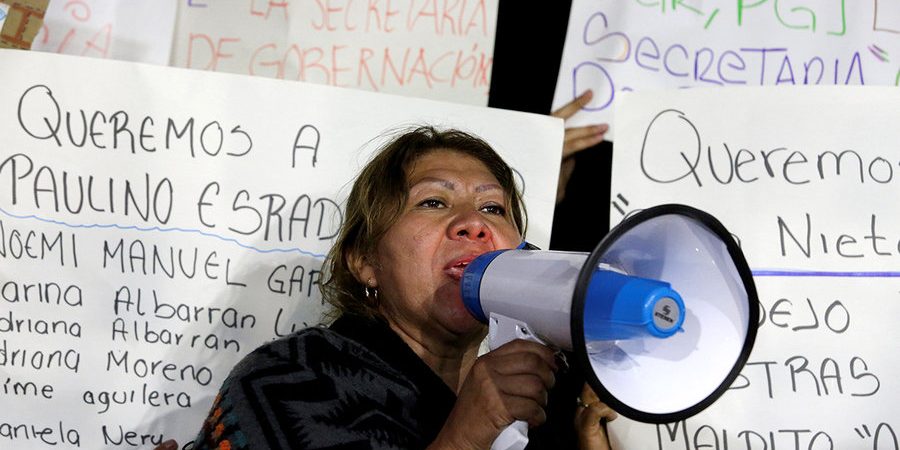 Mexico earthquake: How one girl came to represent hope – and distrust

HOW OTHERS SEE IT

For many Mexicans, the story of ‘Frida Sofía’ – who was supposedly stuck in earthquake rubble, but did not actually exist – has tapped into longstanding frustrations and distrust toward the government.

SEPTEMBER 26, 2017  MEXICO CITY—Her little fingers wiggled amid the wreckage, one rescue worker said. She asked for water, and begged to be rescued quickly, a national newspaper reported.

Another searcher announced there were more children with her, possibly alive and buried beneath a collapsed wing of a primary school in southern Mexico City.

For two days after Mexico’s 7.1 earthquake toppled scores of buildings, killing what’s now believed to be nearly 300 people, the country was captivated by the story of Frida Sofía, a 12-year-old on the brink of

An official announcement late last week confirmed that all children at the school were accounted for. Some say the girl who mesmerized the country – keeping grandmothers up praying and crying late into

the night and volunteers searching during long, grueling shifts – must have been the result of overtired rescuers misinterpreting signs and sounds amid the rubble, and hanging on to what little hope there was

at a disaster site with 19 children confirmed dead. Others interpreted it as a nefarious plan by a government-friendly television conglomerate that had sole access to the wreckage to pump up ratings, or

an unpopular administration looking to win admiration with a dramatic rescue.

“Frida Sofía gives us hope because she put a name on all of the missing people out there,” said Adai Ruiz, a political science student volunteering at a makeshift shelter and support center in a community

garden in the hard-hit Roma neighborhood, just hours before the Navy confirmed the child wasn’t there. “We can say her name, yet be praying for and fighting for all the innocent people trapped beneath the rubble.”

If Frida Sofía briefly served as a symbol of hope for a nation reeling from disaster, the revelation that she never existed is emblematic as well, putting a name to the frustration and mistrust many here have for their government.

These feelings weren’t difficult to kick up: In an earthquake exactly 32 years prior, political leaders were essentially invisible in the aftermath, leaving citizens to pick up the slack. And the past decade here has been

defined by authorities unable to identify and locate the nearly 26,000 citizens who have gone missing in the country’s deadly drug war, putting the onus on families to locate their loved ones – a familiar feeling

in the quake aftermath.

“All of these reasons for being suspicious of the government, they are the same issues that have made civilian turnout and efforts eclipse government response,” after the quake, says Ignacio Irazuzta,

a sociologist at the Monterrey Technological Institute in the northern city of Monterrey. “This was an earthquake, a natural disaster, but it will likely be followed by a political earthquake.”

It’s a universal phenomenon for cases like Frida Sofía to emerge in the midst of disasters, experts say. Real or imagined, people look for cases that can put a face or name on emotionless statistics,

like death tolls: It’s known as the “identifiable victim effect.” In fact, after the 1985 quake, a similar story emerged about a little boy known as Monchito buried inside a pancaked building. He, too, did not exist.

But in Mexico City, Frida Sofía wasn’t just about the very natural human desire to identify a glimmer of hope to hold on to amid chaos. The lack of official information and updates on search and rescue progress,

or direct government communication with victims’ families, has resulted in the generation of misinformation – and heightened distrust.

government was “certain that all the children are either dead, unfortunately, are in hospitals, or are safe at their homes,” he also denied the Navy ever corroborated the information that the little girl existed

in the first place.

Several hours later, without explanation, Mr. Sarmiento acknowledged that the Navy had indeed distributed reports of a child – still alive – inside the school, and apologized. He then announced that

it was possible that someone was still alive beneath the wreckage, maybe even a kid. The circular, conflicting statements created another layer of confusion here.

Rumors have been flying since the moment the earth stopped shaking in Mexico City: of soldiers threatening to bulldoze buildings where victims were still buried, to structures purportedly crumbling to

the ground days after the temblor.

On Sunday afternoon, Mariana Zaragoza González stood in front of a formerly six-story office building, one of the few sites where rescue efforts are still in full swing in the city. Crowds of journalists and

concerned citizens crane their necks up to watch as workers move buckets filled with concrete chunks across the top of the building and down a tube that leads to the street, making a swooshing crash each time.

Ms. Zaragoza, a human rights advocate and coordinator of the migration studies program at Mexico City’s Universidad Iberoamericana, was one of more than 45 human rights activists who came together

Their grassroots initiative has called for a government official to be appointed to consistently come out and inform victims’ families about what is going on, but so far it’s been hit or miss.

“Until this afternoon, two days had gone by where the families here had no official communication,” Zaragoza says, including about topics from whether the search would continue to how many more bodies

officials believe are buried under the rubble. The lack of information fuels people’s imaginations, she says, and can sow suspicion toward those in charge. “I don’t understand the opacity of the authorities.”

Zaragoza says she’s not surprised a “girl” like Frida Sofía could emerge from a situation like this one.

Moments of emergency and disaster situations are fertile ground for misinformation. But nearly a week after the devastating quake, citizens are still relying largely on social media and word of mouth to stay informed.

“All I’ve heard from the government is the growing death toll. What I’d like to know is when I can go back home,” says Silvia Barroso, sitting by a tent where she’s temporarily sleeping until her towering apartment

building in the Roma is given the all-clear. “I’ve heard they are going to try and tell us we can’t go back so that they can tear it down and build something nicer, that will make the government or some developers

more money,” Ms. Barroso says while stroking one of her three dogs, who evacuated with her.

“The Mexican people are experts in disasters,” says Hector Castillo Berthier, a sociologist with the National Autonomous University in Mexico. “This isn’t a question of frequency of occurrence,

but an understanding of the importance of coming together” when authorities can’t, or won’t.

“When people here ran into the street to help others [Tuesday], the first thing the president did was appear in a helicopter to watch from above,” says Mr. Berthier.

It hammered home the idea that politicians here “aren’t part of the community,” Berthier says.

With 2018 presidential elections around the corner, this sense of people power could have a concrete effect. Already citizens are clamoring for government money set aside for campaign funds to be diverted

to helping displaced families get back on their feet. The sense that citizens have to take control in order to get things done reverberates among the many crises this administration has faced over the past five years,

from the unresolved disappearance of 43 teacher’s college students to suspected extrajudicial killings by the military, painted as a shootout with a cartel.

“This has precedence in 1985, when the doors to a political crisis were opened,” Mr. Irazuzta says. That crisis laid the groundwork to transition out of 71-years under single-party leadership in 2000.

Although many here were frustrated and upset by the revelation that Frida Sofía was never under the rubble and thus, couldn’t be rescued, Mexico has picked up and carried on with widespread

“Today we have to help,” writes Toño Sempere, a Mexican podcaster, in a blog post on Medium, noting that “victory” will come as a result of all this citizen-centered hard work.

“That’s why we’re going to stay in the streets. They are ours, we had forgotten. And when we finish helping our people in [Mexico City], Morelos, Puebla, [Mexico State], Chiapas, Oaxaca and all the

places where the earth moved, we will strengthen our roots more than ever in those streets….

“And then we will see how Frida Sofía comes out of the rubble.”

Sourced From The Christian Science Monitor