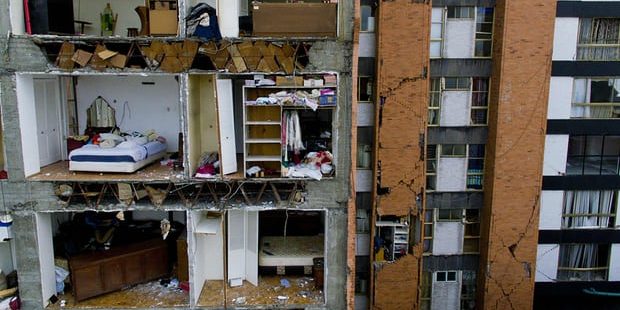 Two big earthquakes in Mexico last month were a tragic reminder that the country sits atop one of the most seismically active places on Earth. In particular,
the magnitude 7.1 Puebla tremor on 19 September demonstrated Mexico’s vulnerability, causing severe damage in Mexico City and taking more than 270 lives.

However, Mexico’s most lethal earthquake remains the 1985 Michoacán earthquake of magnitude 8, which occurred 32 years earlier, to the day, and killed as many as 10,000 people.
Strangely, many of the buildings that survived in 1985 succumbed to the tremors from the magnitude 7.1 last month.
That’s because the two earthquakes produced different kinds of shaking.

It is the low “booming bass” waves that travel across long distances. They cause the ground surface to roll like a boat riding rough seas and tall buildings are especially
vulnerable to this motion. In 1985, it was the tallest buildings (between five and 20 storeys) that suffered the worst damage.

Climate change will shake the Earth
Read more
Quakes such as the event of 7.1 magnitude last month produce intense “jerky” shaking. This high-frequency movement (which diminishes over distance) is more damaging for shorter
buildings (less than six storeys). So, in this case, the taller buildings swayed violently but remained standing, while the smaller buildings, many of which had survived the earthquake
in 1985, quickly became heaps of rubble.

Mexico earthquake: How one girl came to represent hope – and distrust
9월 29, 2017