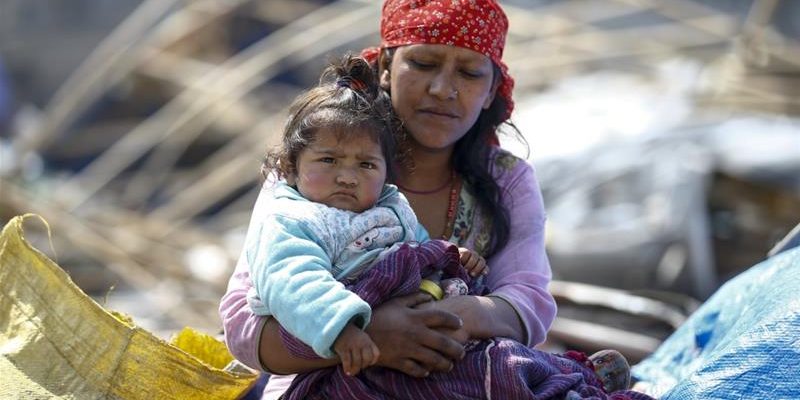 On April 25, 2015, a powerful earthquake killed nearly 9,000 people and destroyed more than 824,000 homes in Nepal. Shortly after, the country’s Reconstruction Authority published a vision for “well-planned resilient settlements and a prosperous society”. But it is clearly falling short of that goal because of poor coordination between government and donors, a lack of understanding of local concerns, and a dearth of civic engagement.

Two years after a series of earthquakes devastated Nepal, barely 5 percent of the destroyed houses have been rebuilt, according to the National Reconstruction Authority. That 800,000 families still do not have their houses rebuilt is simply a disaster.

There is plenty of blame to go around for the slow reconstruction. The government bears responsibility for failing to work with ministries responsible for distributing reconstruction funds and some donors have been slow to pay out promised funds.

Immediately after the disaster, the international community came together to raise $4.1bn for Nepal’s reconstruction, which is less than half of the total cost of $9bn. Those funds, plus locally raised revenues, were meant to be disbursed in tranches to households needing to rebuild their homes.

The process, however, is onerous. Only 12 percent of the money has been distributed. Only 544.996 families have received their first payment, which is only 17 percent of the total government grants for house building. Just 20,889 homes had been rebuilt as of April 6, according to the National Reconstruction Authority.

Progress has been painfully slow for families who have now spent two winters without proper shelter. Many live in makeshift huts and bamboo tents.

Further, problems on the ground have been ignored. Shortages of water and other raw materials mean that even families that receive payouts are unable to begin building. Some families have had to travel for several days to reach local government offices to sign up for the compensation they have been promised. Others struggle to find materials and skilled workers to build walls. Still others have waited months for inspectors to check the foundation work so that the next tranche of funding can be released.

Part of the problem has been lack of transparency and information for the general public on how the process of reconstruction should proceed. Whether it’s making sure that people understand the timeline for compensation disbursements or knowing where to go for help, the government must be transparent and proactive in communication. The lack of information has been a major challenge for many Nepalis, especially the poor and the disadvantaged.

Take Sunita Danuwar as an example. She is a single woman who was unable to access the rebuilding funds because she had no citizenship card. She had been married as a child and her husband left her for another woman. In Nepal, women obtain citizenship cards through their fathers or husbands. Having neither, Sunita was left unable to access government relief funds. It took more than a year and the assistance of a nonprofit organisation for Sunita to connect with a government official who helped her obtain a citizenship card.

Another man, Kabiraj Pariyar, waited for more than five months for an engineer to inspect his rebuilt foundation so that he could qualify for another government grant. It wasn’t until he connected with an advocate that he was able to get past this first step in rebuilding.

At the Accountability Lab, my colleagues and I set up a resource called Citizen Helpdesksto gather and disseminate details to close information gaps between the government, the media, donor organisations and communities. This has grown into a platform for feedback from citizens on a range of issues such as migration, government services and education. Armed with feedback from the Helpdesks and other groups working in Nepal, government should be more responsive and citizens can better understand their role in recovery.

While it is encouraging that Pariyar and Danuwar found resources to help in their efforts to rebuild, the process can’t be this burdensome or slow. There is much more to be done and the biggest step forward may come in May, when Nepal will hold local elections for the first time in 20 years. These 34,203 directly elected representatives will give local communities a louder voice in national decisions. Their first priority should be completing the earthquake recovery.

These local elected officials have the independent authority to mobilise local resources to make faster decisions. They can monitor progress in reconstruction efforts, provide oversight on the quality of the work and guard against the misuse of funds. The local authority can solve problems raised by citizens by providing space to discuss issues within the village and municipal council. They are a strong connection between central government, citizens and donor agencies. They are the voices of citizen.

In times of crisis, international aid is essential to help alleviate suffering. But the international community can bring about more lasting change by directing their support towards citizens and local organisations committed to solving the root problems of corruption and lack of information.

My hope is that when the next earthquake anniversary rolls around in 2018, all Nepali citizens will have rebuilt both their homes and their hope as they strive towards a more prosperous, safe and inclusive future.

ONE YEAR AFTER A DEVASTATING EARTHQUAKE, NEPAL IS STILL IN RUINS
4월 21, 2016

Nepal not prepared for intensity of earthquake, geologist says
4월 29, 2015